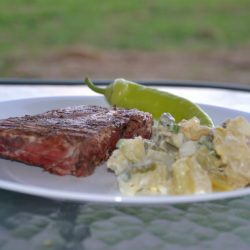 Our superior pork is created by feeding the pigs finished for market on our family farm using a special diet that includes a source of probiotics.  They get to root around in the dirt and enjoy the hay they get fed as well. The pork has a natural marbling, is a good texture and has the great natural taste of a “pasture-raised” pig. In the autumn our pigs get the added bonus of eating wild apples and pumpkins for that “Orchard Pig” flavour.

All products are vacuum packed.

Cured and smoked meats used comply with Ontario Health regulations cooking methods and use sodium nitrates for the curing and natural smoke.

The cuts we sell are: 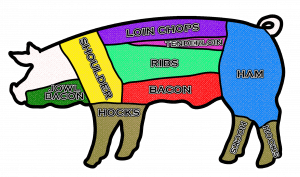 The hog carcass is then broken into four main primal cuts as follows: